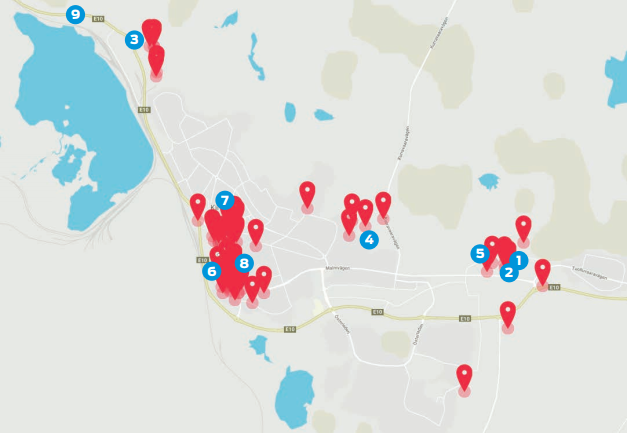 LKAB will develop properties in Kiruna's new city centre to replace those affected by mining. During the year LKAB has signed an agreement with Nåiden Bygg AB, who will develop quarters 7, 8 and 9. The properties will then be transferred to municipal housing company Kirunabostäder.

In quarter 4 the plan is to build a subterranean carpark and four apartment blocks with 92 rental apartments, as well as some commercial premises facing quarter 5, where Kiruna's new cultural centre is now reaching completion. Construction began in autumn 2019, with groundwork and foundation work done by Nåiden Bygg HB on behalf of LKAB. Development of the quarter is expected to be completed in 2022. 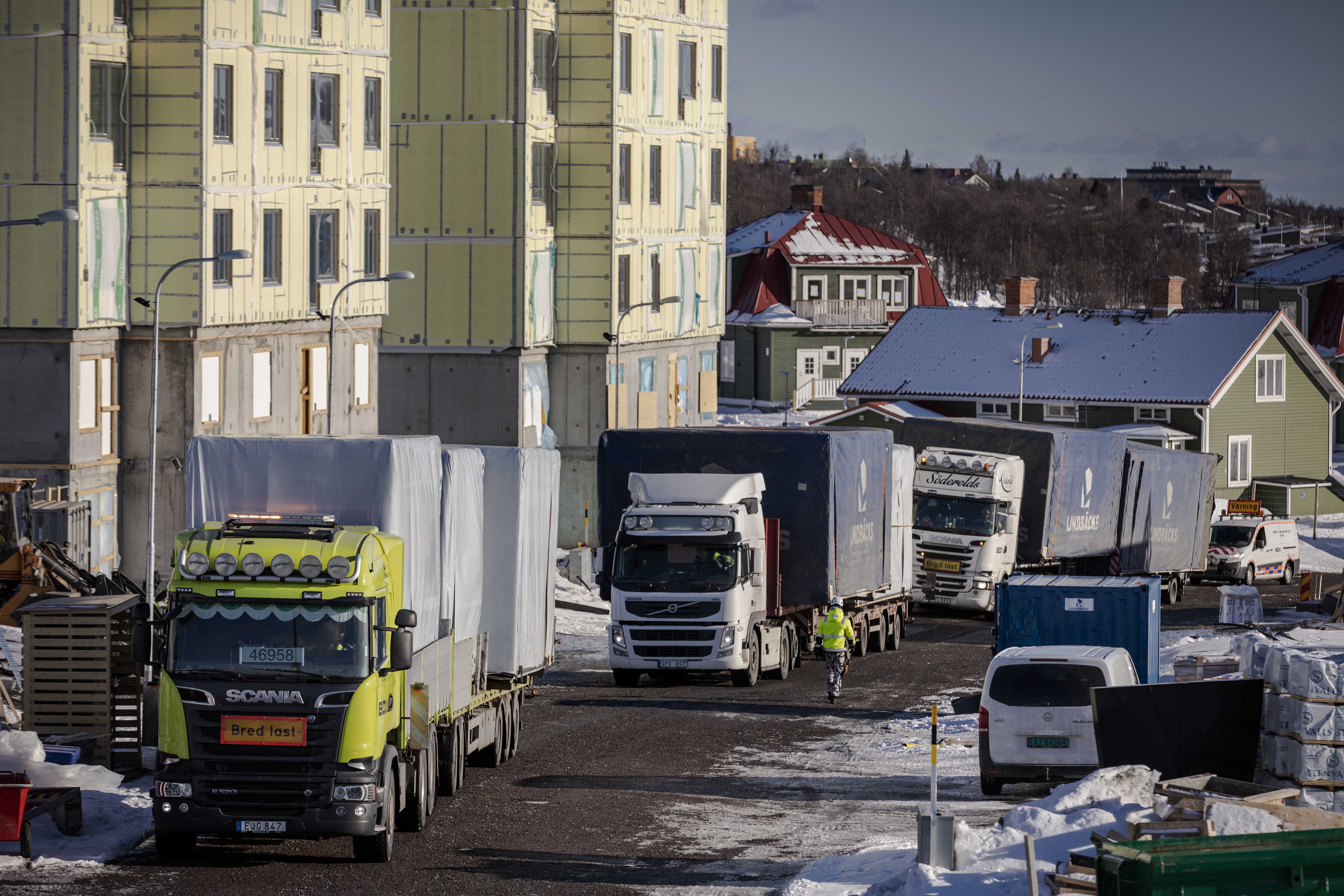 Development of the Luossavaara area is divided into three phases. Phase 1 refers to relocation of heritage buildings. These have been relocated and renovated and 11 apartments will soon be ready for occupancy.
Construction work in phase 2 is fully under way. On behalf of LKAB, Lindbäcks Bygg AB is building two apartment buildings with 38 rental units, one building for LKAB Fastigheter and one building to compensate a private stakeholder. The apartments are expected to be ready for occupancy in autumn 2020. LKAB has also sold land in this area to Riksbyggen, who will build a total of 94 cooperative housing units. Riksbyggen's first housing project is complete and residents will move in during November 2019. Sales of units in the second project have begun and the project is expected to be completed during 2021.
In phase 3 Lindbäcks Bygg AB will build 44 rental units on behalf of LKAB for LKAB Fastigheter. These will be ready for occupancy in autumn 2020.

4 | Groundwork in the Jägarskole area

Preparatory groundwork for new housing in the area has been under way during the year. Building construction, asphalting and landscaping will begin during summer 2020. The area will feature a mixture of small homes and multi-family dwellings.

I September the first sod was turned for the construction of a new hotel, to be operated by Scandic, neighbouring Kiruna's new city hall, Kristallen, in quarter 10. The hotel will have 230 rooms, 60 rooms more than Ferrum, and is scheduled to open in 2021. LKAB Fastigheter will own and manage the property. 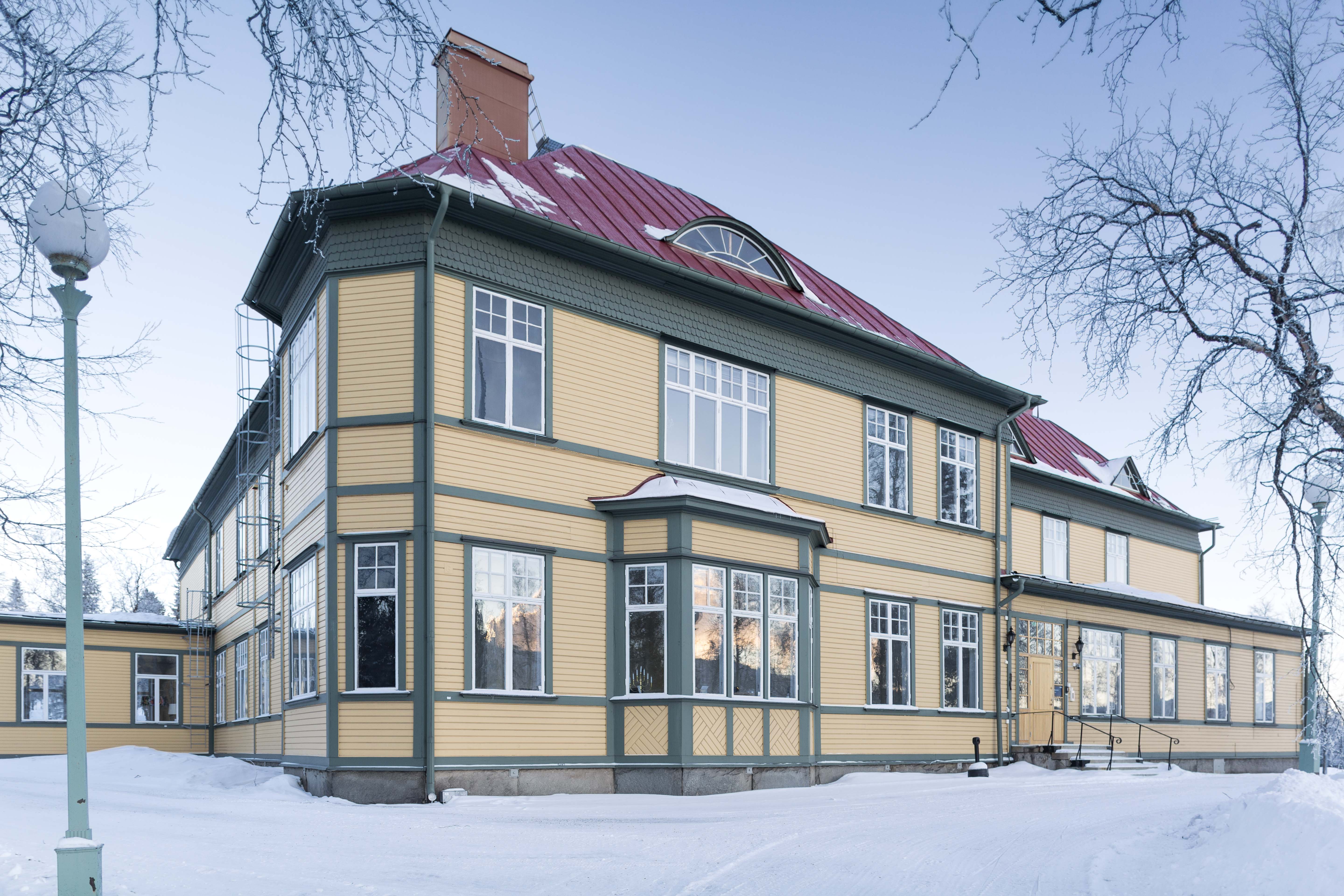 At LKAB's initiative, Bolagshotellet was to have been moved to Luossavaara, but extensive surveys revealed that it would, unfortunately, not be possible to relocate the building. It was demolished during the winter. The decision was taken to build a new Bolagshotell to replace the old one and studies and planning have been conducted during the year prior to the start of construction. Construction begins in 2020 and is expected to reach completion in 2022 at the latest.

7 | Igloo has been decommissioned

Kiruna's town hall, Igloo, served the community for 55 years before it was time for a change. During 2018 the Municipality of Kiruna was compensated with a new city hall, Kristallen. The former town hall was demolished during the first half of the year and a new park with lookouts was completed. 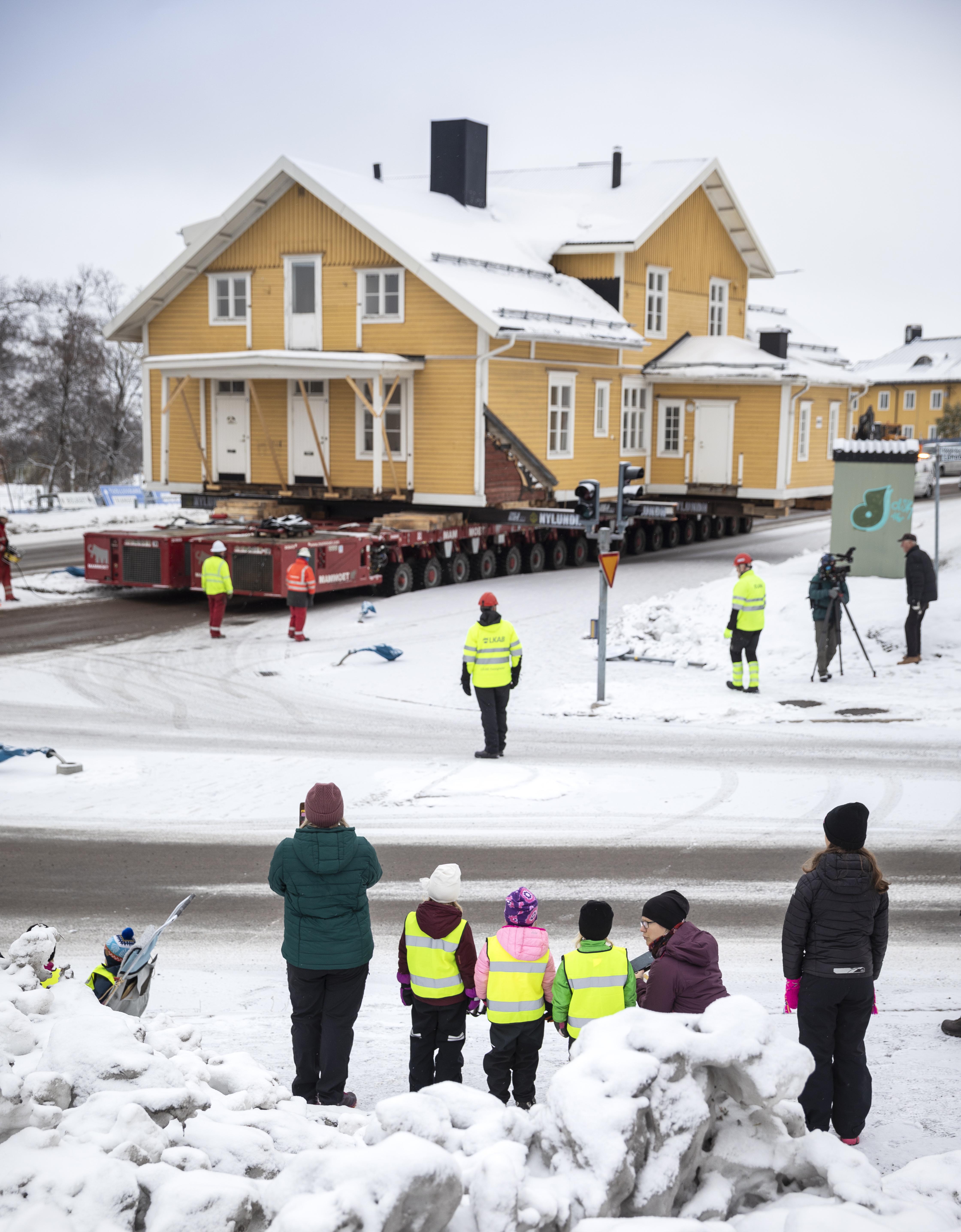 Gula raden and the16­room workers' dwellings are designated heritage buildings in Kiruna and are representative of Kiruna’s earliest phase of settlement, when the shortage of housing was at a peak.

Gula raden was built in about 1900 according to architectural drawings from Iggesund. The16­room workers' dwellings, also erected around 1900, were drawn by architect Gustaf Wickman. The buildings were moved in October to the location of the former shooting range, just west of Kiruna's new city centre.

LKAB is funding the construction of a new stretch of Highway E10 bypassing Kiruna. The new highway section will be seven kilometres long. Construction has been divided into two stages; the first section of the bypass, from Karhuniemi to Kurravaaravägen, opened for traffic on 30 October. Construction has continued with stage 2, from Kurravaaravägen past the new centre to E10 at Tuolluvaara. This section is expected to be open for traffic in autumn 2020. 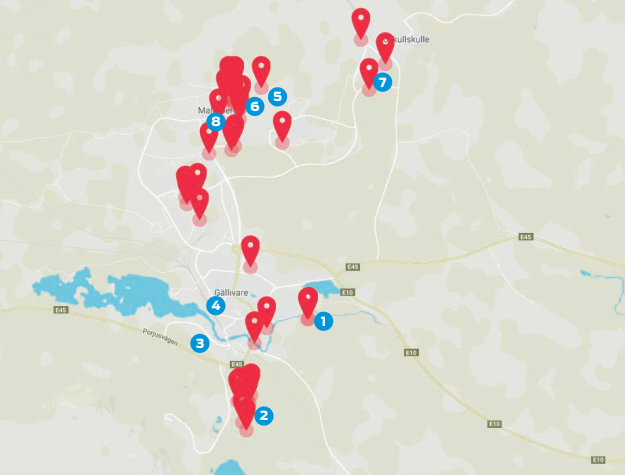 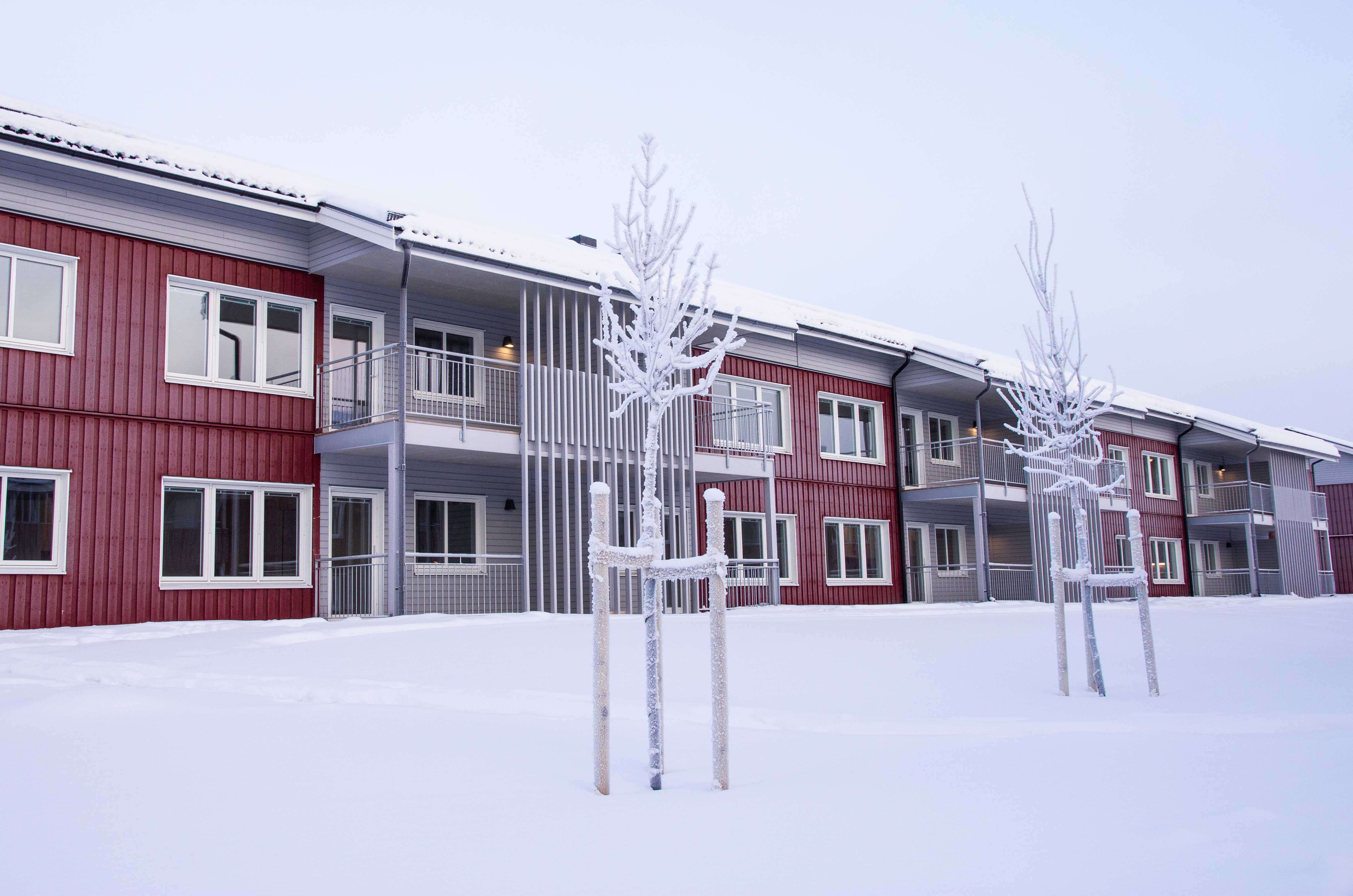 Early in the year 102 apartment units were completed on Forsgatan near the shore of the Vassara River. 40 apartments were transferred to TOP bostäder and 62 to LKAB Fastigheter. 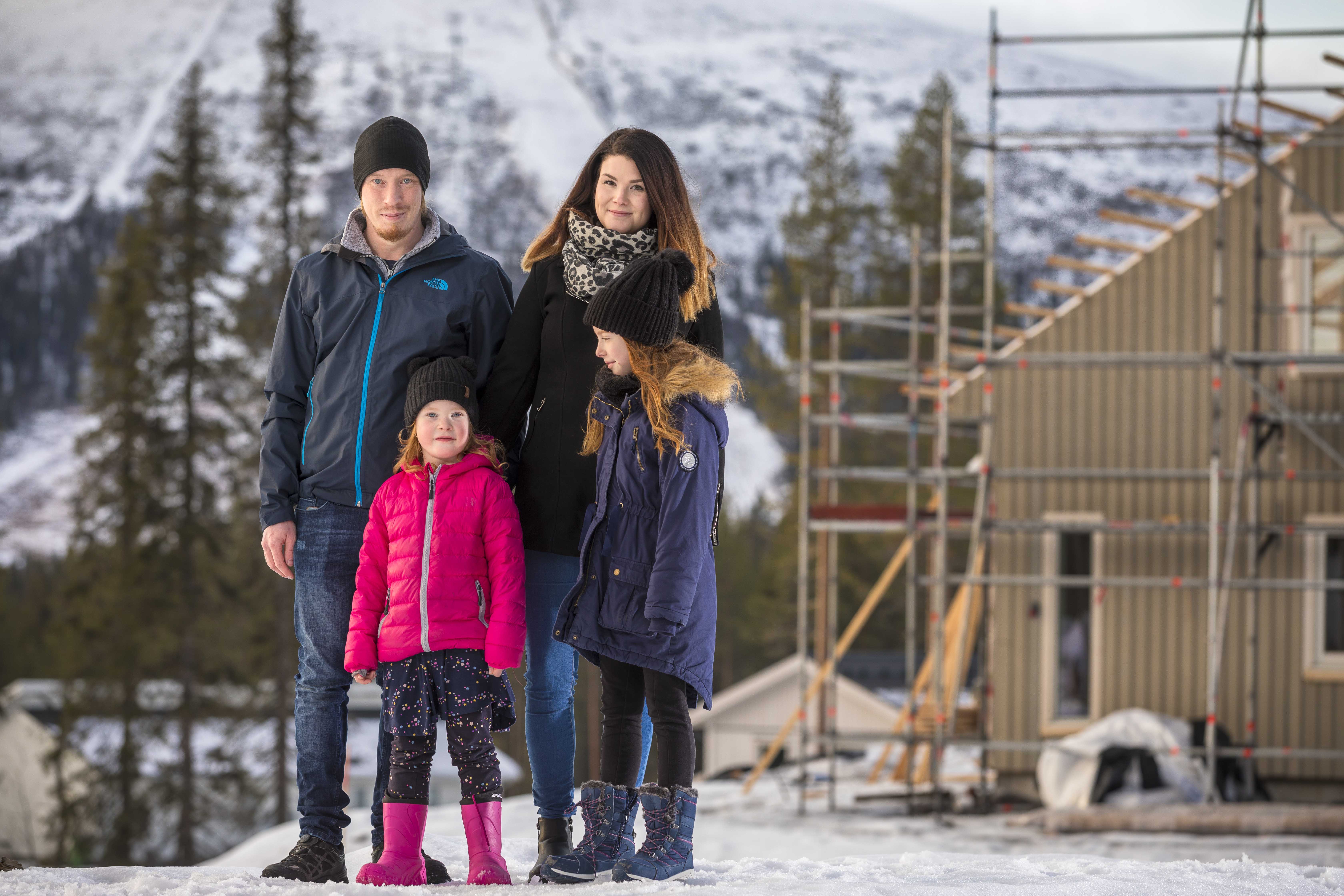 Repisvaara Norra is thus far the largest contiguous residential area built by LKAB in Gällivare and has been developed primarily to replace multi-family dwellings that were impacted by mining in Malmberget. About 450 dwellings are planned for the area and most of the building projects are expected to reach completion before the close of the year. The area was inaugurated in late August and LKAB handed over 104 apartments to TOP bostäder, 149 apartments to LKAB Fastigheter and 12 apartments to private individuals.

The Repisvaara Mitten residential area, built to replace single-family dwellings, will be developed with 120 small homes. Occupancy is ongoing and most of the homes are now occupied. Development of the area is scheduled for completion in 2020.

After acquiring the area LKAB has begun groundwork and infrastructure work during 2019. New housing development will begin in 2020 and will consist of small homes and multi-family dwellings.

Demolition in the Hasseln quarter has begun. Replacement apartments for TOP bostäder will be built.

40 small homes have been decommissioned in eastern Malmberget. Decommissioning has also commenced in the Torget and Krassen quarters. An application for a demolition permit has been submitted for a further 149 dwellings and these are now being cleared prior to demolition. During the year LKAB has also acquired COOP Konsum Malmberget and the business has been closed.

LKAB's industrial site in Malmberget has been expanded during the year and perimeter fencing has been constructed around Kilen. New fencing will be erected in both eastern and western Malmberget. 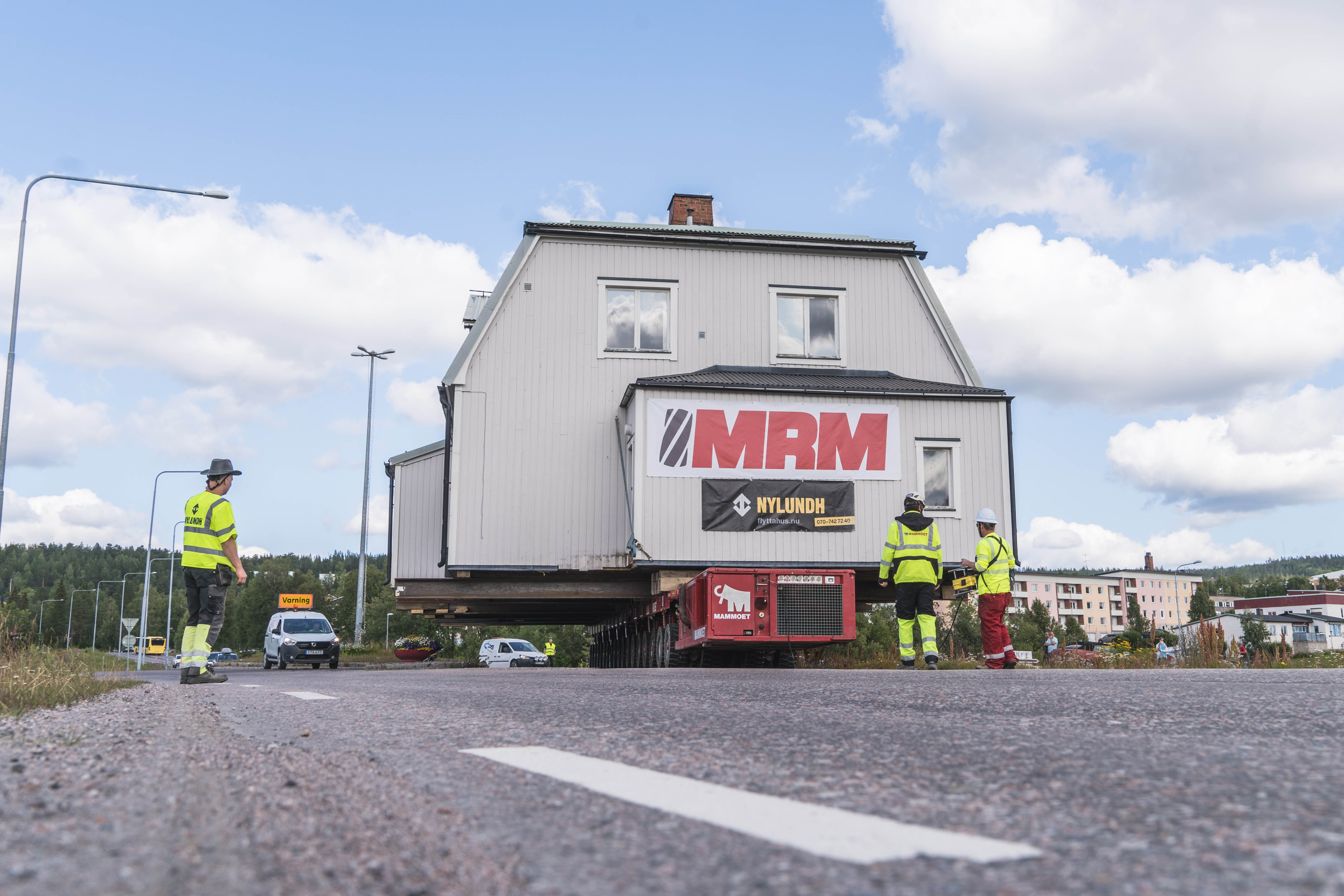 7 | Five buildings have been moved to Solbacken